That the name of Tokyo’s most exclusive shopping district and neighborhood with the highest land prices in the country means “silver authority” comes as no surprise, the source of the name Ginza is long gone.

Way back in 1612, the first of the Edo Period (1603 to 1868) shoguns moved a silver mint to what is now Ginza 2-chome. The official name of the mint was Ginza Yakusho, meaning office of the silver authority or guild. Several other za had their offices in the area, including those for cinnabar, gold coins and weights, but for some reason the name Ginza stuck, even after the silver guild was moved to what is now Ningyocho.

Ginza began to take its modern form after the Meiji Era (1868 to 1912), specifically following a devastating fire in 1872. In the aftermath of the blaze, the government stepped in to stop people from rebuilding new versions of the mostly wooden structures the flames had consumed.

Instead, a foreign architect named Thomas Waters was brought in to design “modern” (read Western-style) brick buildings. Streets were more than doubled in width, and separate thoroughfares for pedestrians and vehicles were built, with brick also used to pave the sidewalks. Gas streetlights were installed and cherry, pine and maple trees were planted. In all, the undertaking ate up almost four percent of the government’s budget for the year.

While little if any of the actual construction of this era remains, much lives on in spirit — the Western-style architecture, broad avenues, rectangular blocks and a focus on luxury and imported commercial goods. The original version of the iconic clock tower, which now sits atop the Wako building and is perhaps Ginza’s most iconic structure, was built not long after the neighborhood’s transformation following the fire.

Perhaps due to the wide tree-lined streets, or the young fashionable employees of the many newspaper and magazine offices in the area, or the prime shopping that attracted people with time and money on their hands, Ginza became known as a pleasant place to while away a day. In the early 20th century, this pastime became known as ginbura, which is believed to be the abbreviation of a phrase meaning “to stroll around Ginza.”

While this may be the most logical explanation, a more quirky claim is that it refers to “having Brazilian coffee in Ginza,” perhaps at the still extant Cafe Paulista, which opened in 1911. Whatever the case, it is clear people have for more than a century seen Ginza as a place for leisurely relaxation in a sumptuous, somewhat Western environment. This tradition continues today, most prominently in the practice of closing off the main Chuo-dori street to cars on weekend afternoons, something that began in the 1970s and creates a “pedestrian heaven” where people can wander from shop to shop, stopping as they please at any one of many outdoor cafes and restaurants.

Where then, do all the people who come for ginbura spend their money? While Ginza is home to countless boutiques tucked into small side streets and bold standalone branches of major brands, shopping in Ginza is most closely associated with large department stores. The first to open in the district was the Matsuzakaya store in 1924, followed the next year by Matsuya and a few years later by Mitsukoshi. The latter two are still around, though Matsuzakaya closed in 2013. At the time, these were groundbreaking shopping and entertainment facilities that competed for customers through flashy attractions, including free shuttles, aquariums and rooftop zoos.

Yet Ginza is not all shopping and lounging in fancy cafes. The district has a long association with the arts. During the Edo Period, several schools of noh theater had their official residences in the district. More recently, a noh theater calls the recently developed Ginza Six shopping complex home. The Kabukiza Theatre, in several incarnations, has been on its current site just outside Higashi-Ginza Station for well over a century. In the early 20th century, Ginza was a gathering place for writers, painters and other such folk, who created a vibrant intellectual and artistic atmosphere that has been compared to the salons of Europe. Was it the artists who brought the cafes to Ginza or the other way around?
As with the chicken and the egg, the answer will probably remain a mystery.

The Ginza of today is world-renowned for its cultural and commercial refinement, and is one of Tokyo’s most distinctive neighborhoods. Visitors to the capital can experience a mind-bending contrast by visiting the flamboyant Shibuya district, then boarding the subway and getting off in the heart of elegant Ginza.

A few hours of ginbura is one of the best ways to spend a Tokyo weekend afternoon. 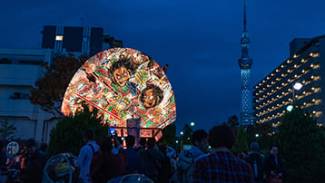 VIVID HOMAGE AND CONTEMPORARY SPECTACLE Located in the eastern part...

FROM BLADES OF BATTLE TO KITCHEN ESSENTIALS A Japanese chef’s... 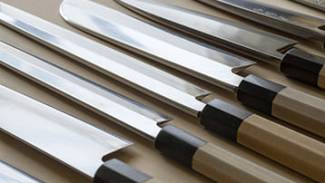 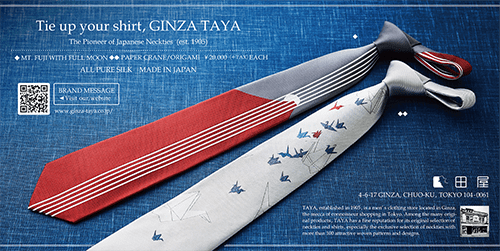 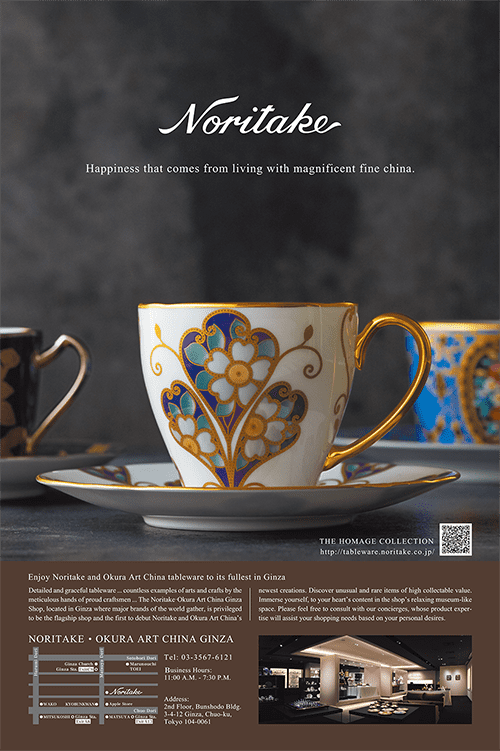