The Tokyo metropolitan area is filled with exciting attractions that can be accessed with ease thanks to robust public transportation. Many of these destinations can be found along the lines of railway operator Keio Corp. From sports venues to beautiful hiking areas and pop culture havens, the discoveries waiting along the Keio lines have something to delight all travelers.

In addition to providing access to lively Tokyo districts such as Shinjuku and Shibuya, the Keio lines are characterized by their stations in suburban neighborhoods and areas with rich nature detached from the city bustle. The lines can be accessed from the west side of Shinjuku Station and boast connecting stations all the way to the suburban city of Hachioji, located about 40 kilometers west of central Tokyo. This sprawling access makes the Keio lines an ideal method of transportation to experience various aspects of the Tokyo metropolitan area.

Horse racing is a national pastime in Japan, and the Keio lines provide access to wonderful attractions related to the equestrian sport. A short walk from Fuchu Keiba Seimonmae Station, the Tokyo Racecourse in the city of Fuchu is a premier racecourse with turf, dirt and steeplechase courses that hosts the Japan Cup, Japanese Derby and NHK Mile Cup, among other major races.

Visitors should also stop by the nearby JRA Racing Museum, featuring exhibits that highlight the rich history of Japanese horse racing, including horses and horsemen who have been inducted into the Hall of Fame.

With Japan ramping up for the 2019 Rugby World Cup — held through Nov. 2 — there is no better time to visit for sports fans.

One of the venues for the World Cup is Tokyo Stadium, a short walk away from Tobitakyu Station, easily accessible from Shinjuku Station via the Keio Line, in the city of Chofu. In addition to hosting rugby games, the multipurpose stadium is also the home of two Japanese soccer clubs.

Sports fans can also get in on the rugby excitement at official “fanzones” in Chofu Station Square and Chofu City Green Hall, located close to Chofu Station on the Keio Line. At these zones, fans can enjoy free live screenings of matches together with other rugby-themed activities and food and drinks.

Located about an hour from Shinjuku Station, Mount Takao is the perfect setting to escape the metropolis and appreciate the region’s natural beauty.

Mount Takao is situated between Japan’s subtropical and temperate forests, with abundant trees and plants of both woodland types on its mountain slopes. The mountain features casual hiking courses, as well as courses that lead trekkers through quiet, serene areas. From mid-November to early December, visitors can admire the red and yellow foliage that envelops the area along their way to the 599-meter peak. Visitors can also ride to the peak via cable car or chair lift.

To round out their mountain excursion, travelers can soak in the natural hot springs flowing from the mountain’s foothills at the Keio Takaosan Onsen Gokurakuyu.

To reach Mount Takao from Shinjuku Station, people can take the Keio Line to Kitano Station and transfer to the Keio Takao Line.

From “My Neighbor Totoro” to “Spirited Away” and “Kiki’s Delivery Service,” Studio Ghibli’s animated films have long captured the hearts and imaginations of fans around the world.

Nestled among the tall trees of Inokashira Park, the Ghibli Museum transports visitors to the studio’s fantastical worlds with beautiful artwork and exhibits. Guests can ride a giant plush rendition of the Cat Bus from “My Neighbor Totoro,” enjoy an exclusive, original short animated film and unwind next to a five-meter-tall robot soldier from “Castle in the Sky” at the grassy rooftop garden.

Other attractions include a reading room shelved with books recommended by director and studio co-founder Hayao Miyazaki, a charming patio with colorful flowers and a shop with products featuring beloved film characters.

The museum is located near Kichijoji Station on the Keio Inokashira and JR Chuo lines. The museum is immensely popular among Japanese and tourists alike, and visitors must reserve in advance at JTB agencies or Lawson convenience stores. 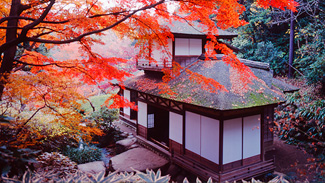 ENJOYING RUGBY, MORE IN THE CITY OF FIRSTS Sponsored by... 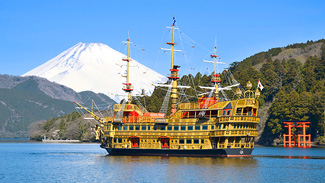 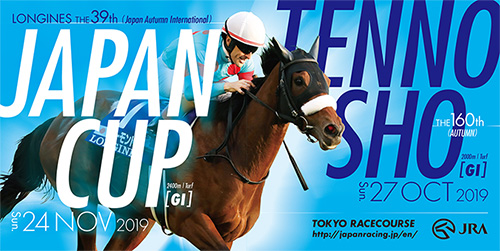