On Sept. 7, 2013, Tokyo was granted the hosting rights for the 2020 Olympic and Paralympic Games at the IOC Session in Buenos Aires. The Japanese capital will be holding the Summer Games for the second time following the 1964 edition.

It will be the fourth time that an Asian city hosts the Summer Games, joining Seoul in 1988 and Beijing in 2008.

Fifty-six years after the first Tokyo Olympics, the 2020 Games are expected to feature about 11,000 athletes — nearly double the ’64 event — from across the globe, who will be competing in 339 disciplines across 33 sports. All these figures will be the highest in modern Olympic history. Among the 33 sports are four — karate, skateboarding, sport climbing and surfing — that will be making their Olympic debuts, as well as baseball and softball which will return for the first time since Beijing.

The Olympics will officially kick off on July 24 at the newly built, state-of-art National Stadium, and conclude on Aug. 9. The Paralympics, which will feature 22 sports, including new sports of badminton and taekwondo, will be held between Aug. 25 and Sept. 6.

The prefectures of Hokkaido, Fukushima, Miyagi, Ibaraki, Saitama, Chiba, Kanagawa and Shizuoka will also stage some Olympic competitions. In fact, some softball (Fukushima) and soccer games (Miyagi) will be played ahead of the opening ceremony.

The games are also billed as “the Recovery Olympics,” referring to the nation’s comeback from the 2011 Great East Japan Earthquake, whereas the ’64 games were considered a platform to showcase the progress of Japan’s restoration following the end of World War II.

“Sport has the power to change the world and our future,” according to the vision of Tokyo 2020 organizers. “The Tokyo 1964 Games completely transformed Japan. The Tokyo 2020 Games will bring positive reform to the world.”

The organizing committee is trying to promote “the five pillars” — sport and health, urban planning and sustainability, culture and education, economy and technology and recovery, nationwide benefits and global communication — through the games.

At the Olympics, host Japan is hunting for 30 gold medals, which would almost double its previous high mark of 16 set in 1964 as well as at the 2004 Athens Games. If that happens, it could put Japan in the top three in the gold medal standings. Swimmer Daiya Seto, men’s sport climbing’s Tomoa Narasaki, karateka Ryo Kiyuna and women’s judoka Uta Abe are among the gold medal hopefuls.

The country will shoot for 20 gold medals at the Paralympics, just four years after it was shut out of the top podium spot in Rio de Janeiro.

One distinctive change from the ’64 games that Japan’s delegation will sport, reflective of the country’s changing society, is the presence of multiracial athletes such as Abdul Hakim Sani Brown, who holds the men’s 100-meter national record in track and field, and basketball player Rui Hachimura, who made his NBA debut for the Washington Wizards this season. This year and beyond, those athletes are capable of taking Japanese sports to the next level.

The games are expected to provide a once-in-a-lifetime business opportunity to the country, whose economy has been at a standstill over the last couple of decades, and it will be a great occasion to promote Japan and its capital to the world.

The number of inbound tourists to Japan has climbed dramatically over the last several years and reached an all-time high of 31.88 million in 2019.

One of the things that Japan will be able to proudly offer to those coming from overseas is omotenashi. The term gained attention when famous Japanese television announcer Christel Takigawa used it in her presentation for the Tokyo Olympics and Paralympics bid at the aforementioned IOC Session.

Omotenashi is often translated as “hospitality” or “entertainment” in English. But those translations do not perfectly carry the spirit of the word. In fact, it cannot be adequately translated because it comes from Japan’s unique culture of communication.

Although its origin is unclear, it is often said that the term was born in Japanese chanoyu, or tea ceremony, which began during the Muromachi Era (1336 to 1573).

Yohei Noguchi, an associate professor of hospitality and tourism for Tokyo’s Kyorin University, told The Japan Times that omotenashi is essentially based on the country’s culture of serving one’s customer by reading their mind — without needing to listen to their request.

“It’s what you can intuitively presume your customers are probably wanting, or to prepare for what they are needing,” Noguchi said. “The term implies ‘to be quick-witted’ or ‘to sympathize’ without hearing what they say. There’s a nuance included in the word that you prepare 150 when your customer needs 100, so that there would not be a shortage of service.”

Noguchi said that omotenashi is something tourists from other countries may look forward to, as they are often unaccustomed to such treatment or service.

The positive experience of visitors to last fall’s successful Rugby World Cup in Japan is surely a positive sign for the country that its omotenashi spirit will continue to be warmly received by sports fans.

Noguchi noted that the Olympics and Paralympics serve as festive extravaganzas, perhaps more so than the single-sport Rugby World Cup. He added that the games do not just draw attention from sports fanatics but also “from general, non-sports fans, so organizers, volunteers and general citizens of the country will need to try to liven up the events” with the welcoming spirit of omotenashi.

Although the games will technically be hosted by Tokyo, they are actually nationwide projects. In fact, organizers have introduced the Host Town Initiative, with local cities throughout the country interacting with athletes and officials from participating nations to propel cultural and economical interactions through the games.

Interestingly, Noguchi said that the games would provide Japanese citizens a chance not only to receive visiting participants warmly, but to look outside Japan and learn about foreign cultures and customs. He added that it would ultimately lead Japan to be able to provide “even better omotenashi” going forward.

The long wait is almost over for the country. The games are around the corner. The 2020 Olympics and Paralympics could be an important opportunity for the entire country to open up a new era, both inside and outside the competition itself. 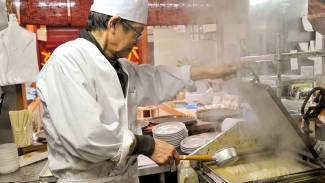 THE FLAVORFUL RISE OF A DUMPLING PARADISE Sponsored content A...

FLIGHT OPTIONS INCREASE AHEAD OF OLYMPICS The third-floor departure lobby... 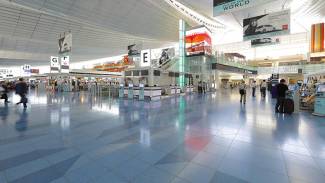 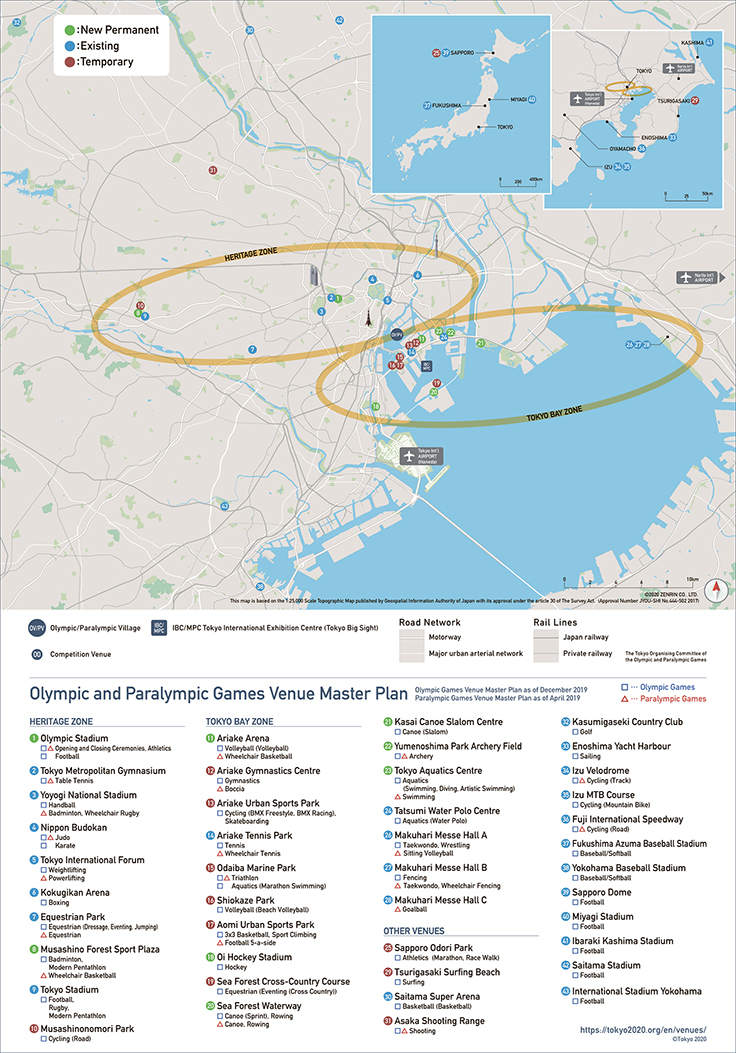