Kagoshima is the southernmost city among Japan’s four main islands and boasts the climate and natural environment such a location brings to mind. It is also rich in history, as well as home to important people and events that shaped the entire nation.

Yet the city is perhaps best known for a certain brooding, temperamental figure that is very much still active: Mount Sakurajima. The name of the volcano means “cherry blossom island,” the latter part being no longer accurate after an eruption in 1914 ended up linking the former island to Kyushu.

The volcano is both an adored symbol of the city — visages of the smoking, rocky mountain sitting across the bay feature prominently in tourist literature — and a part of daily life for residents of the city, which boasts some of the world’s best volcanic monitoring systems and a comprehensive disaster response plan.

The stunning landscape the volcano has created can be conveniently experienced up close via a 24-hour ferry that leaves from downtown Kagoshima.

Part of the Sakurajima-Kinkowan Geo Park, the volcano and surrounding area offer numerous opportunities for outdoor adventure, including hiking, kayaking, swimming, cycling and hot-spring soaking. There are also bus, boat and aerial tours, and the area is home to curiosities that show how humans have adapted to life next to an active volcano.

By no means is Sakurajima all there is to Kagoshima. The city proper has enough to satisfy any interest, whether it be culture, history, food or a little bit of everything.

On the food scene, Kagoshima takes pride in its meat. Artisanal breeders in the area have developed varieties of high-grade beef, pork and chicken that all happen to come from black-colored animals. Kagoshima beef was voted the No. 1 wagyu in Japan recently, the local pork is sliced ultra-thin to be cooked in boiling water as shabu-shabu (meat and vegetable hotpot), and Kurosatsuma chicken is of such high quality it is sometimes served raw.

For dessert, a visit to Kagoshima is not complete without sampling a local “polar bear,” which is of course an ice cream treat known as shirokuma (white bear) and not a large arctic carnivore. While shaved ice is enjoyed throughout the country especially during summer, Kagoshima’s take on the treat dates back to the 1930s. A true Kagoshima shirokuma is a heaping mound of shaved ice, covered in creamy condensed milk and topped with fresh and candied fruit, sweet beans and many other treats. Tenmonkan Mujaki in the downtown shopping district is the most famous shirokuma purveyor, though cafes and restaurants throughout the city offer their own versions of the classic dish.

Visiting Kagoshima’s historical and cultural sites is one way to work up an appetite or burn off some of those polar bear calories. Both history and culture can be experienced at the Sengan-en and Shoko Shuseikan complex. The former is the traditional home and gardens of the Shimadzu family, which was the main power in the area for centuries. The elegantly sculptured gardens cover nearly 5 hectares and sit directly opposite Sakurajima, which only enhances their beauty. The Shimadzu home gives a rare look into a well-preserved samurai residence.

While the house and garden show the fruits of the Shimadzu family’s power, the Shoko Shuseikan Museum shows where those resources came from. Housed in a stone factory built in 1865, the facility shows how the clan’s trading skills gave them a leg up when Japan’s modernization push got underway in the 1800s. The museum is one of the Sites of Japan’s Meiji Industrial Revolution, which were granted UNESCO World Heritage status in 2015.

One of the most crucial figures in Japan’s transition from a nation ruled by samurai lords to a modern state was Kagoshima native Saigo Takamori. Born in the city’s Kajiyacho district in 1828, Saigo played key military and political roles in bringing down the Tokugawa shogunate and launching the Meiji regime, though he was eventually killed by this same government for rebelling against it. Saigo is a charismatic historical figure often featured in pop culture, most recently in the television drama “Segodon.” The great events Saigo helped shape can be explored in detail in the exhibits of the Museum of the Meiji Restoration, and there are several memorials dedicated to the man throughout the city, including his places of birth and death.

Kagoshima is less than two hours by plane from Tokyo and just over an hour by bullet train from Fukuoka. 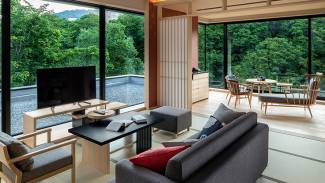 Chalet Ivy Jozankei is a luxurious hotel styled on the...

A bullet train passes through Tokyo’s Yurakucho district after the... 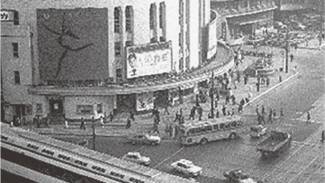 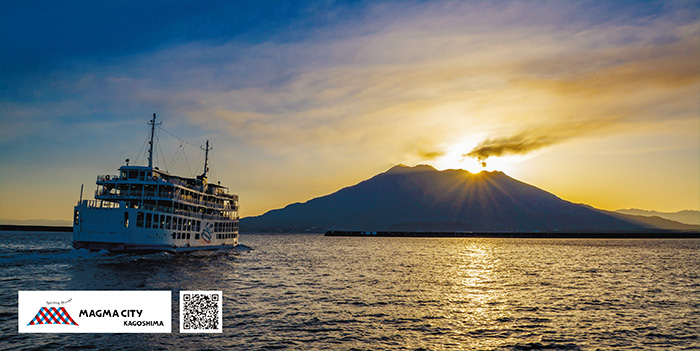