Anyone interested in purchasing a Japanese knife in Tokyo should head to Kappabashi Dougugai, where a number of shops offering fine cutlery can be found.

Yet few know that this area between Ueno and Asakusa is also the best place in the capital to find enough matching tableware to outfit an entire restaurant; plastic food models for anything from sushi to spaghetti; uniforms for waiters and chefs; signage for ryōtei (traditional high-class restaurant) and ramen shops; woks and pots; and anything else one might need to run a dining establishment — even the food itself.

The area’s name literally means “Kappa Bridge tool street,” and while its more than 170 shops now focus primarily on the dining industry, it started out more than a century ago as a place where a few tool and antique merchants gathered to do business on the banks of the Shinbori River.

Many assume Kappabashi was named for the green, amphibious imps of Japanese folklore, known as kappa. While this may be the case, there is another theory. The story goes that back in the Edo Period (1603 to 1868), samurai and soldiers loyal to a lord who had a villa in the area would make rain cloaks on the side to sell for spending money. On sunny days, they would display their cloaks (also known as kappa in Japanese) on a nearby bridge. In time, people began calling it the rain cloak bridge, or Kappabashi. The more mythical origin tale is that around 200 years ago, a man named Kihachi Kappaya decided to fund construction of a canal to deal with the flooding that often afflicted the neighborhood. The work was going poorly when kappa living in the nearby Sumida River were moved by his efforts and decided to pitch in. They worked late into the night to help complete the project.

Whichever the case, the area has embraced its connection to the little green creatures. The local commerce union has an image of a kappa on its website and a 1.5-meter-tall golden kappa statue can be found nearby. There is also the belief that people who see a kappa will have good luck in business. Sogenji temple in the area is commonly referred to as the “Kappa Temple” and has a number of paintings featuring kappa, as well as a mummified hand from a “real kappa.”

A start from tool street

Commerce in Kappabashi can be traced back to 1912 with the aforementioned tool and antique traders, who sold their wares on the banks of the Shinbori River. However, this waterway was diverted underground after the Great Kanto Earthquake of 1923, tearing down a bridge named Kappa in the process. While there is no longer a bridge by that name in the area, such a structure did exist at one time. Today there is an intersection named Kappabashi in the neighborhood, as well as one called Kikuyabashi, after another bridge that spanned the Shinbori River.

It was during the period of recovery after the earthquake that merchants in the area began specializing in food-related products, primarily to serve pastry makers at first. However, a local trade association had already formed in 1921, the same year a streetcar began running in the area.

The place known as “tool street” burned to the ground in the American air raids during World War II, but businesses rebuilt along with the rest of the nation once peace came. In 1960 a shopping arcade was completed, which has been updated several times since. Three years later, the Tokyo Kappabashi Dougu Street Promotion Union was formed; it is still active today. Over the decades, the union has promoted its members’ interests on radio and television advertisements, through exhibitions at department stores, in catalogues, by protesting the introduction of the consumption tax, and even by competing in singing contests.

In 1983 the union began holding an annual festival. This year was the 36th Kappabashi Dougu Matsuri, which featured performances, drawings, a chopstick-using contest and a shrine service where people can express gratitude to their kitchen utensils. Festivals are held so one of the days falls on October 9.

The numbers 10 and 9 can be pronounced “dougu” in Japanese, turning it into a pun on the word for tool.

Today, the union counts over 170 businesses among its members. They deal in cooking utensils, confectionery tools, kitchen appliances, tableware, Japanese and Western furniture, plastic food samples, uniforms, packaging, store design and construction, foodstuffs, interior decorations, business equipment and many other products. Many stores now offer online sales, but to really get a feel for the sheer variety of the items that can be used in dining establishments, nothing compares to a visit to the area. 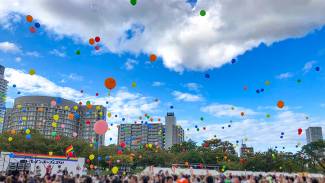 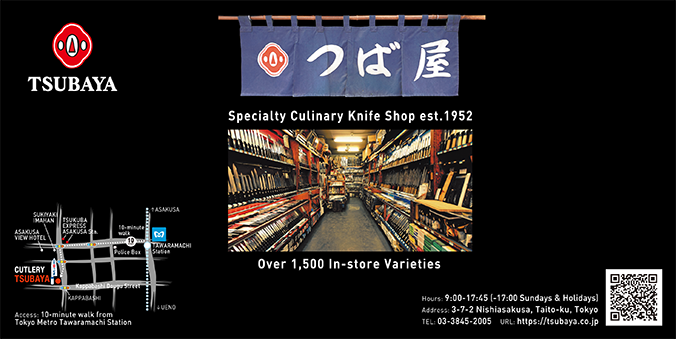