Standing 634 meters high, Tokyo Skytree in Sumida Ward is officially the tallest tower in the world, and the best way to get a real feel for its grandeur is at the Tembo Galleria. Shaped like a sloped spiral, it takes visitors from the 445th floor to the 450th, giving them a gorgeous panoramic view of the capital. But it’s not the only way that people can experience a bit of magic while visiting the tower.

Tokyo Skytree is considered a potent “power spot’’ because it reportedly stands at the intersection of key rails connecting the Imperial Palace, Meiji Shrine, Kashima Shrine, Nikko Toshogu Shrine and Mount Fuji. It’s why the tower has been chosen as the site of the W1sh Ribbon campaign, which allows people to write their hopes for a better world on ribbons, leave them at the designated area on the observation deck and let the tower’s magic do its thing. With all that and more, it’s easy to see why the structure keeps bringing countless people to Tokyo Skytree Station on the Tobu Skytree Line. However, this part of Tokyo has something to offer not just high up, but also down below on ground level.

Tokyo Skytree Town is the name given to the area encompassing the tower, the massive Tokyo Solamachi shopping complex, an aquarium, a planetarium, the office building Tokyo Skytree East Tower and more. Its name is more than apt as it really does feel like an actual modern town that mixes advanced technology with relaxing green spaces, a veritable mini-Tokyo that is so expansive it’s impossible to see it all in one day.

Neighboring Tokyo Mizumachi is a little different. Still essentially a town within a town (in fact, its name literally translates to “Tokyo Water Town”), this one is located along the Kitajikken River and has a fun waterfront district feel about it. Split into west and east zones, Mizumachi includes cafes, restaurants, a hostel and all kinds of different shops. It even has its own laundry service and will soon be home to a craft brewery. It’s a great place not just for shopping, but also for taking leisurely walks while admiring the surrounding cityscape. Tokyo Mizumachi has been operational only since June 2020 but it’s already creating a reputation for itself as an oasis of peace with a focus on community where visitors can briefly escape the hustle and bustle of one of the busiest cities on the planet.

The best way to access Mizumachi is from Tobu’s Tokyo Skytree Station, but it can also be approached from the other side. For that, visitors will need to get off at Asakusa Station on the Tobu Skytree Line. This will put them in the middle of one of the most famous and historic areas in the entire city. Among its many attractions, Asakusa is home to Sensoji (the oldest temple in the capital) and the Nakamise Shopping Street, the 250-meter-long approach that leads temple visitors past rows and rows of Asakusa’s iconic stores and stalls.

The only thing that separates Asakusa and Tokyo Mizumachi is the Sumida River, and in the past, getting across it was a bit of a hassle. But that has changed with the completion of the Sumida River Walk, a walkway built along a Tobu Railway bridge. It not only acts like a shortcut but also gives people beautiful views of the river and has quickly become a popular spot for taking pictures of the sun setting over Tokyo. However, those planning to take advantage of it to journey from Asakusa to the areas around Tokyo Skytree should note that the footbridge is only open between 7 a.m. and 10 p.m. 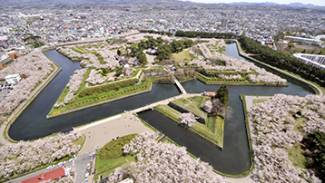 AMONG JAPAN’S BELOVED SAKURA VIEWING SPOTS While the COVID-19 pandemic...

Despite being far from the largest metropolis in the country,... 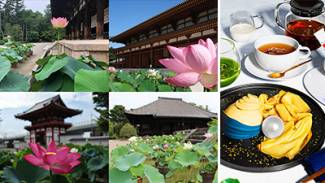 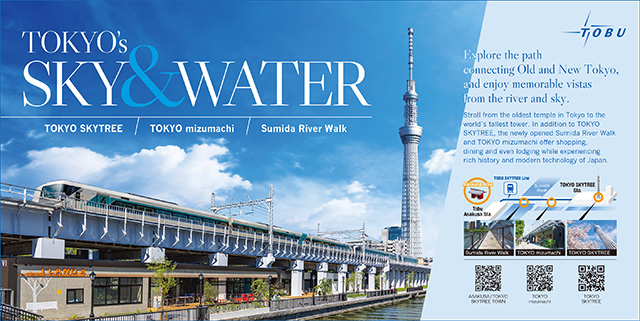